Cost of living crisis: How can charities survive the squeeze?

As the cost of living crisis begins to bite, how can charities respond?

Let’s start on a positive note. March 2022 saw a rise in the amount given to charity, with a third of people donating in response to the Ukraine crisis. This is an encouraging example of the public’s desire to help those in need — an attitude that charities can continue to lean into even in difficult times.

However, in light of the cost of living crisis, regular financial giving is no longer sustainable for many households, as they cut back on their discretionary spending. For charities, this means fewer donations at a time when there is also an increasing need for their services, as life circumstances become more difficult and people seek practical support.

So, how can charities continue to operate and deliver their services in the face of these challenges?

Here, we’ll take a look at what our turbulent economy means for the not for profit sector and how charities can stay afloat in these trying times.

What can charities do?

As Lou Barton, Senior Digital Marketing Strategist at TPXimpact, says, “Charities need confidence in their ability to adapt their strategies, to ‘chase the money’ and do more with what they’ve already got.”

“We see time and time again, when the economic climate takes a downturn, charitable support is often the first to get cut. Charities are swimming against the tide with a potential drop in fundraising income, whilst likely seeing a rise in the need for services. All the while, feeling the effects of inflation themselves.”

Thankfully, there are steps charities can take to incentivise people to continue supporting them — and not all of them require asking for money or spending media or acquisition budget!

Let’s unpack a few key ways to get started.

As demonstrated by the spike in March donations, we know people are motivated to help, especially in times of difficulty. Not all help has to be financial, so now is the time to get creative and suggest ways for people to give without compromising their budgets.

Asking for donated goods and services can reduce outgoings and invite people to help without spending a penny. Considering the growing need for services from homeless charities and food banks, unwanted furniture, clothes and food donations are more valuable than ever.

Another non financial means of support is volunteering time and skills, which not only provide charities with practical help but also offers individuals a sense of purpose during a time of uncertainty. Recruiting volunteers helps to build or maintain relationships with supporters, keeping lines of communication open — with the added benefit that volunteers are more likely to give financially in the future.

2. Get to know your audience

When times change, so must messaging. Previously successful charity marketing methods won’t necessarily pack the same punch in today’s economic climate. Instead, it’s time for charities to up the ante on their comms by understanding their audiences on a deeper level and crafting personalised messaging. After all, there’s no one size fits all approach to inspiring people.

Additionally, although many people are cutting back, some are in a position to give more during a national crisis. So learning about generational spending habits and donation behaviours is a great place to start.

This article from Charitable Impact breaks down how each generation prefers to give to charity. Although this research was conducted in Canada, there are helpful takeaways to illustrate the nuances between age groups in the UK. Here’s what they found, at a glance:

By bearing these generational preferences in mind, charities can build campaigns and messaging tailored to age groups, showing their audiences that they understand them and reaping the benefits of this connection. But the buck doesn’t stop at age — gender, location and income level are all user groups to get curious about!

Unsurprisingly, it’s easier to keep existing donors than acquire new ones in the middle of an economic downturn. With people increasingly cancelling their regular giving to charities, charities need to act fast and reach out to donors to show their gratitude and encourage them to continue giving in whatever capacity they can.

In future comms, charities should consider addressing the giver by name and signing off as a person from the organisation, rather than the name of the charity. This helps affirm to donors that they aren’t just one of many, but that they have a unique and valued relationship with the charity that makes a real difference.

For those who still opt to cancel their regular gifts, it’s worth considering appealing to them with more flexible alternatives. For example, a plan for less frequent giving, pledges, or one of the non financial options mentioned above.

Streamlining the digital experience of giving is an opportunity that mustn’t be overlooked. If your website isn’t performing optimally, you’re missing out on valuable financial contributions.

When people visit your fundraising page, what’s the conversion rate? How easy is it for people to give? Are there obvious blockers or glitches?

Now is the time to audit and user test your donation platform to identify gaps in your digital strategy, help eliminate the factors stopping users from converting and increase revenue.

Some key areas to check include:

Our DX team are experts in building user centred digital experiences for charities and not for profits and are happy to help.

One issue here is that, over time, many members of the public have lost faith in the charity sector. They’re not sure where their money is really going and, as purse strings tighten, they will want to see even more proof of how their money is making a difference.

A little can go a long way when it comes to building trust, however, and some charities are leading the way in tackling this issue.

On WWF’s Climate Crisis Fund giving page, for example, they explicitly provide reassurance that 100% of proceeds will go directly to the climate crisis project, eliminating any doubt about how donations will be used. Donors can give without reservation, with the knowledge that their money will directly contribute toward solving the climate crisis. 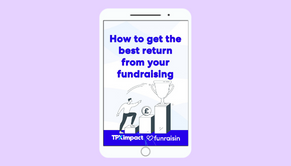 Getting creative with social media can also be highly effective in building trust and connection. DogStar Foundation’s ‘Five Pound Fridays’ feature weekly Facebook posts, appealing for five pounds to feed 10 street dogs, accompanied by photos of the dogs enjoying their meals. By seeing evidence of how their donations make the world a little bit better, dog lovers can connect with the cause on a personal level.

Ready to rise to the challenge?

We hope this article has given you some food for thought and proactive ways to act in response to the cost of living crisis. We've partnered with Funraisin to provide even more practical tips, from optimising your user journey, to testing, automation and boosting engagement.

Download our free white paper on how to get the best return from your fundraising to find out more. 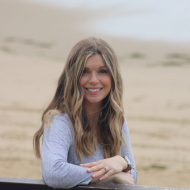