What’s yours is mine: how to share data effectively

Open data has enormous potential for everyday citizens as well as local authorities. Sharing it with intention can lead to more participation, value generation and trust in the local community.

Tim Berners-Lee called his vision for the internet ‘utopian’: a place where information could be shared freely so that all users had access to the most reliable, up-to-date and complete data for collaboration and innovation.

The reality is quite different. Organisations and governments keep the data they collect restricted, through methods like copyright and patent, making it off-limits to everyday citizens.

In the case of private, personal information this seems obvious. However, particularly in the case of local government data, generalised information on citizens is borne from the patterns of people’s behaviour. Therefore, it could be argued that it belongs to all.

‘The Open Revolution’ is a cause that rallies around this idea of data democratization - that each person is able to access and use data for any purpose - leading to groups like the Open Data Institute (ODI).

And the movement is gaining momentum. Sharing data openly is seen as key to ‘Unlocking the value of data across the economy’, one of five priority areas laid out in the government’s 2020 National Data Strategy.

Sharing data with the local community can lead to powerful, third-party innovation, and it should be the responsibility of all local governments to begin releasing more information in a secure and accessible way. Let’s learn how.

Definitions of the term ‘open data’ vary, but they all refer to the fact that data is:

We also see it used in a range of fields. Museums, libraries and galleries publish information about the works and artefacts they hold, stock market information is made readily available to independent investors and weather services share their predictions openly.

When local governments share the citizen information they collect, it can lead to a number of benefits to the local community:

So why aren’t more local authorities opening up?

Private personal information must stay that way, so bad actors reengineering data to find individuals’ information is a threat and the potential court case of exposing protected data is a risk councils don’t want to take.

This privacy concern must be taken seriously. Research from Nature.com found that 99.98% of Americans would be correctly re-identified in any anonymised dataset using 15 demographic attributes.

But there’s a more obvious challenge to operating transparently. What if the data you share reflects poorly on existing services? While open data can lead to innovation and improvement, some authorities won’t want to open themselves up to criticism as well.

And these challenges don’t even account for the fact that many councils are overworked and don’t have the time to embark on lengthy open data projects which don’t drive immediate value.

But authorities the world over have been quick to address these concerns. The Centre for Government Excellence in the US has produced a list of responses to common challenges. For example, how providing clear context and building a narrative around data can stop users from misinterpreting it and make the case for additional resources if the numbers are ‘poor’.

Meanwhile, tactics like aggregating geographical data to the nearest neighbourhood or street, will help to keep individuals protected.

How to start opening up data

There are three key steps to an effective open data strategy.

This is the practical work - selecting the right data to make available, packaging it up through tools like data visualisation, adding key context and narrative, and then releasing it.

Local councils are the curators of the data they collect, not the sole owner, so must work to safeguard it. The biggest threat to citizens from these types of projects is re-identification (the ability to piece together select data to find its source) but there are several steps that can be taken.

No personal data directly identifying a person should appear in public data. So you should:

Even without the threat of re-identification, there could still be data which could be a proxy to identify private information. Medicines or tests could lead to inferences on procedures among patients. Certain location data could reveal religion (mosques, churches) or sexual orientation (bars, clubs).

These precautions all rely on councils taking an open-minded look at their data sets and working hard to identify all the potential ways it could be pieced together to create inferences. It’s a step that must be taken for every release and only grows in importance as more data is made available.

If local councils want to encourage enterprising, they must engage with the community. The most successful open data projects are community based, where people actively use the open data, build on it and maybe even correct it.

The government is also well positioned to push private companies and other stakeholders to add their private data to the network. The more open data published, the greater the opportunity and potential to create value. The ODI has created free toolkits for public and private businesses to share data to the appropriate standards.

If you’re sharing data with the intention that it will be further used and built upon, then it can’t just be dumped online. One of the key definitions we mentioned at the start was that open data should be machine readable and published in an open format. Maintaining a degree of standards is necessary if you want your open data project to succeed.

Tim Berners Lee produced a scale of one to five for ranking open data sets. The bare minimum is to make your data sets available on the web through an open license. As you go up the scale the potential for collaboration and value generation is made easier.

By meeting standards (like those published by the UK government) it’s easier to share and integrate data. There is a clear, shared understanding of how the data is represented and that it’s in a form you expect and can begin work with.

The Local Government Association (LGA) provides examples of open data projects being carried out by local authorities. A good example of a successful open data initiative is the Leeds Data Mill (LDM).

Established in 2014, the LDM was designed to encourage the release of data from Leeds City Council and other external organisations. A councillor on the project said, “to many, spreadsheet files aren’t interesting; visualisation makes [data] valuable. We wanted the dashboards to be about telling stories and making sense of the data.”

The LDM is an engagement platform designed to release and encourage the use of open data from the council and other external organisations. The platform is driving collaboration, innovation and engagement within the city. However, the key was not just building the technology but developing standards to enable data to be shared and recruiting data champions within the organisation to contribute and manage data release proactively.

The platform also exposes datasets via dashboards that are accessible to the citizens of Leeds, enabling them to fully engage with the data and gain the most value from making data open. The LDM demonstrated that producing open data isn’t just about dumping it carefree in a public depository. In practice, projects need to do more to drive collaboration, innovation and engagement.

Local authorities will likely face more pressure to make the datasets they care for more open and available to a wider audience. And it won’t be easy. There will be much work in making it happen, from selecting and preparing data and changing the organisation’s culture and mindset around sharing data to being proactive in delivering data analytics insights and services to citizens.

In the future, our cities will be ‘smart cities’ that can deliver real-time information to citizens leading to some really interesting use cases: the potential to see traffic light outages, graffiti removal and pothole restoration in real time. And the result? Citizens will feel more connected to their local area and better understand and appreciate council work. 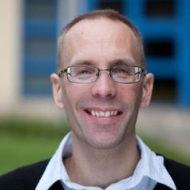 Head of Data Science and AI