Significant progress is already happening, but changes need to speed up if we’re going to reduce climate change.

Project Remedy is testing a new approach to the design, funding and implementation of low carbon local energy systems in new build developments and existing homes across the UK. These systems could include everything from electric vehicles to solar panels, optimised using smart controls and predictive software.

We’re supporting Emergent Energy to understand the needs, incentives and motivations behind the people and organisations that would benefit from this type of technology. Including housing developers, local councils and residents, all with different needs which will inform and shape the design of these systems.

Which councils would benefit?

To discover which local authorities would most likely engage with this ambitious project, we collected data on different factors that could relate to their existing planning and energy policies.

These are simple things such as which authorities have declared a climate emergency, and those investing in other low-carbon energy projects, like heating networks. There are also many councils that have established their own ESCO or Local Housing Company.

Using data has allowed us to be more purposeful with our recruitment of developers and councils, selecting those that were hypothesised to be most likely to implement new energy systems at scale.

Using a “goldilocks” idea, believing the size of new developments (not too small, and not too large) would be best suited to implementing Emergent’s energy solution. We used data based on the number of “goldilocks” houses currently being built and the total amount of homes built in the last four years. This allowed us to test in the user research if there were any significant differences in the interests of implementing a new energy system.

Many councils struggle to find the balance between housing demand for residents and the high standards of new builds to meet their climate change and environmental policies.

And so we also wanted to know if this local challenge affects the renewable energy technologies being used in new builds. As this would mean less enthusiasm for a new energy system, potentially deterring developers from starting new projects.

We found that the councils that were “on target” to meet their local planning requirements had a significantly greater number of households with renewable energy installations.

What about existing homes?

So far we’ve focused on understanding the new-build journey and how decisions are made about the energy systems they use. Next, we’ll look at the opportunities for retrofitting current homes in the UK.

The challenges with implementing a new energy system into existing buildings are likely to be difficult and complex. However, if we can find a solution to implement this technology at scale, we could make a significant impact on decarbonising the UK’s energy supply. 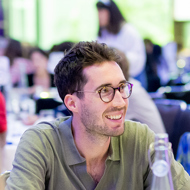