Hundreds of councils have now declared a climate emergency, striving to reduce their emissions within the next decade. One of the direct levers available to local authorities is incorporating local low carbon energy systems in the new homes being built in their communities.

There’s no doubt that energy systems are technically complex. Many councils lack necessary in-house skills, they have to balance other demands that are perceived to be in conflict, such as delivering affordable housing, and central government policy and investment around the local energy agenda has been unclear and inconsistent. Yet, decentralised local low carbon systems have the potential not only to reduce emissions but also create other benefits.

Working with Project Remedy, a collaboration between energy companies, academics, registered social landlords and local authorities, we’ve been taking a human-centred approach to understanding, not the technical feasibility of these projects but how the desirability and viability of smart local energy systems can be improved by councils taking a more active role in their design and promotion.

There are many teams involved in different stages of developing new housing and the infrastructure that enables it, with some playing the role of gatekeeper, deciding how low-carbon a new development should be. These decision-makers can range from council planning policy teams to energy teams and planning committees. Given their different roles and varying levels of understanding around carbon emissions and the technical solutions to reduce them, they may not be aligned sufficiently well to champion low carbon opportunities.

To support the adoption of local energy systems, councils and wider organisations need to be able to simplify the messaging, talk about co-benefits (such as addressing fuel poverty) and clearly articulate the experience for residents.

Engaging with experts, such as energy teams, can then create powerful internal advocates across the council, helping to digest complicated language around policies. This will save councils time and effort in upskilling every staff member involved in housing decisions.

Some developments and developers are better suited for low carbon energy systems than others. Housing developers with a long-term interest in the communities and infrastructure they build, such as build-to-rent developers and registered social landlords, are more inclined to cater to residents' needs and the longer financial payback periods of low carbon infrastructure.

It’s common that this type of developer is building and designing homes for the long term, using more sustainable energy systems that deliver consistent returns to the developer and consistently lower bills to residents.

This is where councils can consider introducing planning policies that create the conditions for developers and developments that focus on longer-term returns.

Bringing the idea of low carbon energy solutions late in the planning process such as during a planning application can often mean developers will be pitted against affordable housing requirements and the low carbon elements are negotiated down. The tightening of regulations has already prompted developers to become more proactive in future-proofing their businesses.

By continually engaging developers and reaching out earlier, councils can gain a broader knowledge of sector capabilities, helping show them the lower upfront costs of local low carbon energy systems and be better positioned to evidence their technical feasibility and financial viability in local plans.

There’s an appetite for building greener energy systems from both councils and developers, that’s helping guide the housing sector in the right direction. By growing knowledge internally, choosing the right projects and proactively engaging with developers early on, councils can increase the number of new homes in their communities fit for the climate era. 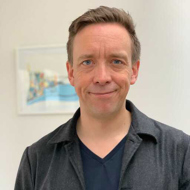