Innovative democratic practices have been growing in popularity and frequency around the world, particularly in the UK. And more people are actively participating in discussions that shape their lives.

We’ve been working with a local authority to help them design and deliver a neighbourhood assembly focused on urban planning, yet not long after we started, the focus shifted and we had to plan and run the assembly, virtually.

We began in the way that assemblies typically do, deciding on a question to put to the group, posting thousands of letters across the neighbourhood, developing a curriculum of expert speakers and deciding on potential discussions. As residents began to receive these letters in early March, the UK announced a nationwide lockdown.

The assembly was put on hold as the council shifted their resources into their crisis response. After months of preparing the borough for recovery, the council was ready to consider running assemblies virtually. Although those attending an online and in-person assembly are the same, the way in which we executed it had to change.

What was originally five evening sessions became seven and we began exploring online video conferencing tools and the tradeoffs we would have to make with any decisions. After several months of renewed recruitment efforts, a modified approach to learning and discussion and an eager team keen to innovate, we began the assembly.

As hardware and home internet speed shouldn't be a barrier that stops residents from participating in decisions affecting their lives, we asked every assembly member about their technical setup. By making sure everyone had access to broadband internet and a computer, tablet or smartphone they could actively participate in the assembly.

As these tools were new to many residents, we addressed challenges around understanding video conferencing tools and the comfort of using cameras and microphones by running test sessions. These allowed residents to try out the functionality of new technologies before virtually meeting 29 of their neighbours.

To run these sessions smoothly, we also created comprehensive guidance for all the tools we introduced to the assembly. Understanding the group’s digital literacy levels in this way helped us make informed decisions about other technology we may introduce in the future.

Although digital access and new tools can be a challenge for some, an online assembly also opens engagement up to people who may not feel comfortable stepping into a room with others to participate. There’s a sense of community that has formed between people as they call in from their lounges, kitchens and bedrooms to learn about urban planning and contribute to their neighbourhood’s community vision.

Clear, direct discussions are more important online than when a group is meeting in person, as there’s a higher chance of miscommunication. Making sure the questions we’re asking the assembly are simple and understandable gives members enough information to effectively address the issue at hand.

Since our online sessions are shorter in length, we have the advantage of not needing speakers to come to the assembly in person, and we can ask for a wider variety of speakers to present. When speakers share information with the assembly, their presentations have to be shorter and more concise. Because of this, question and answer sessions afterwards are crucial as we cannot gauge the general attentiveness of the assembly as we would if we were in the same space.

Actively thinking about what residents need to know for context purposes before these speaker sessions and discussions allowed us to make sure the information they received was beneficial and useful.

Although we’re seeing each other from the comfort of our homes week after week, we’ve never met as a group. As a moderator, that means we don’t have the same context for assembly members that we normally would and relationships are trickier to forge.

To build connections amongst members, we’ve kept them in the same small groups for discussions to encourage conversation, meaning residents are seeing familiar faces over time. We’re living our lives in completely different ways than before, and human connection looks different as a result. Finding a way for thirty people who are passionate about the future of their neighbourhood to meet while staying safe at home requires an extra focus on building relationships, creating connections and having valuable conversations.

The way residents are embracing the use of new tools, forging connections and making decisions around urban planning in their communities is inspiring. The future of neighbourhood assemblies looks much different to how we imagined they would last year, yet the passion for improving our places remains the same. 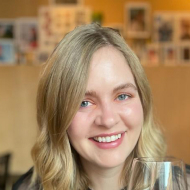