Head of Creative Rachael Sutherland is TPXimpact's Accessibility Champion. Here she explains why digital accessibility should be a core principle, not an add-on.

Anyone still clinging to the outdated idea that “all publicity is good publicity” probably hasn’t heard of ‘Domino’s versus Robles’ yet.

It’s a 2016 court case filed in California by Guillermo Robles, a blind man who couldn’t order through the pizza giant’s mobile app since it doesn’t support the text-to-voice screen reader he relies on. Guillermo’s lawyers successfully argued that just as a store must meet the demands of the 1990 Americans with Disabilities Act (ADA), so should a corporate website. Seems fair enough – he’s a hungry man wanting pizza. Being blind shouldn’t matter.

It seems such a simple fix, doesn’t it? Science and society website Ars Technica calculated it would cost Domino’s $38,000 to retool its website to make it accessible. Releasing the update along with a quiet, humble apology would have made Domino’s the good guys.

What they did instead was spend way more than £38k to fight the court’s decision in favour of Guillermo… every step of the way. To the point that the Supreme Court refused to hear Domino’s appeal, leaving the current lower court ruling in place that the pizza chain violated the ADA.

Domino’s isn’t alone either. According to the accessibility technology firm UsableNet, more than 2,200 accessibility suits were filed in US courts in 2018, three times more than the previous year. Many of these are big, public-facing companies that are prepared to spend money and stand up in court to announce that they resent having to make their websites accessible to people with physical and learning difficulties, or even those with English as a second language.

So here’s the thing. As ecommerce takes an ever increasing share of global trade, do you want the quiet win of your website being accessible to all rather than the noisy press of it not?

Digital accessibility is about removing the barriers that prevent anyone from using websites and apps. Since 2018, all UK websites for public sector organisations have to pass WCAG 2.1 AA accessibility guidelines. These lay out minimum standards for legibility, text-to-speech support, plain English and so on.

While the public sector has a legal obligation to adopt these standards, at TPXimpact, we’ve been making them part of our culture. We know it’s sensible to assume that accessibility legislation is likely to soon cover all websites, so there’s nothing to be gained by developing websites for clients that will need to be expensively retooled in the future.

Beyond that, though, we asked ourselves why any organisation wouldn’t want to be inclusive.

Nobody should be barred from doing something that others can achieve. Guillermo Robles shouldn’t be blocked from ordering pizza just because he’s blind. A person with dyslexia shouldn’t be prevented from shopping on a website just because it uses unusual fonts over animated backgrounds.

Similarly, someone else with motor disabilities should be prevented from using a standard keyboard to navigate a website just because no one thought ‘tabbing through site’ was important enough to add. Such common problems can be fixed, easily and forever, but only if websites recognise them as problems.

We’re not even talking about prioritising the needs of any minority. One in five UK residents has some kind of hearing impairment, 10% are dyslexic, 3.5% are visually impaired and 12% have tremors or other motor impairments. Ignoring the needs of such ‘minorities’ when they make up nearly a fifth of the population makes as much commercial sense as banning people with blond hair from all your shops.

In our experience, barriers to digital accessibility are rarely created deliberately – it’s just that people don’t think about them. Even a few years ago, for example, most of the websites TPXimpact designed for clients would have featured headlines followed by a ‘Read more’ tab. At the time, we saw this as a functional, compact feature that packed a huge number of links onto a single screen.

We’ve since realised that to a user relying on a screen reader, it’s nothing short of a nightmare. Turn those visuals into text-to-speech and all you’ll hear is “read more… read more… read more…” With mobiles being such important devices for the visually impaired, users need to have a better experience than that.

This is just one lesson of many that TPXimpact has learned. Added to the existing WCAG 2.1 AA accessibility standards, they have gone into the ever-evolving set of accessibility best practices that we now apply to our website design process.

We won’t name and shame, but there’s a major high street fashion store that has an absolutely beautiful website. The photography is amazing, the video is high quality and the typography is interesting. But unless you have perfect vision, it’s also not very accessible at all. The thing is, the company obviously knows this, since they’ve added an accessibility button. Click on that and anyone can customise the site by adjusting the text, background colours and images until it’s perfectly readable.

Is that true accessibility? We’d say not. We’d suggest that by making the accessibility option the add-on rather than the default, that company is unintentionally beaming out a clear message. It’s saying that they made a website exactly how they wanted, then added an accessibility workaround. At TPXimpact, we’d say that’s the wrong message.

Google knows what a difference accessibility makes. Its Chrome browser has the web analytics tool Lighthouse, which takes website performance, SEO and accessibility, then combines them into a score out of a hundred. Websites scoring over 90 get a green light and a pass. This should be a huge deal because the world searches the web predominantly through Google. The higher the score Google gives your site, the higher up the search results it displays it.

We often make the Google argument to clients who are reluctant to get them onboard with accessibility since legislation doesn’t apply to them… yet. The simpler argument is just to point out that if a website is easy to read and understandable, why wouldn’t everyone want that?

It’s become increasingly clear to TPXimpact that most accessibility best practices that remove barriers of entry are beneficial to any member of the general public. Text that’s set in easy-to-read columns, audio that only plays when you want it to, images that don’t interrupt the words – these are all ways to make websites deliver their key messaging. Accessibility is for everyone.

Don’t fight for your right to exclude people. Don’t make customers with accessibility needs fix websites issues for themselves. Do the right thing first time. Design it once and design it well. Make accessibility part of the process and you’ll not only be doing the right thing, you’ll also end up getting your own message across even better than you could have hoped for. 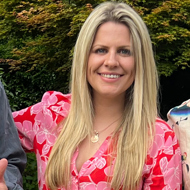