The impact of the digital industry: How does a website cause emissions?

Part 3 of our Digital Impact blog series explores website emissions and how they are caused.

In addition to reducing the amount needed for a given use, improved efficiency also lowers the relative cost of using a resource, which increases the quantity demanded. This counteracts the reduction in use from improved efficiency.

There’s a lot more to this paradox but it does raise a very interesting point for our digital consumption. The cloud is so easy and efficient that we’re storing a whole load more than we should be. Space is so cheap and easy we’re creating wasteful websites, applications, API calls, architectures (the list goes on) because there’s no driver to (or at least no awareness of the importance to) make them efficient.

The original subject of Jevons’ observations was coal, the industrial revolution and more efficient steam trains. To use that as an analogy, what we (as the digital industry) are doing at the moment is using the efficient steam train but we’re not bothering to check or optimise what we pack onto it, meaning we take multiple journeys when we could have made one (or even better, no trips at all!).

So what does that mean? It means we need to demand more from organisations.

What we’re doing digitally is the exact same thing we’re doing in the physical world. Our governments are letting our organisations get away with being extraordinarily wasteful and harmful to our planet. Our organisations are letting the people within them chase short term profits not long term sustainability (by long term, I don’t mean a five year strategy, I mean across tens of thousands of years). Finally, we as consumers are justifying/excusing the behaviour of governments and organisations by continuing to consume.

Efficiency causing complacency is never better shown than by this statistic:

Even in 2019/2020, the increase was 7% and 11% respectively. As an entire industry, we have to take responsibility for this increase. As strategists, product owners, designers, tech architects, developers, testers and marketeers; we cannot expect people who use our sites and apps to make informed choices about the emissions caused by their use, because we’re not giving them anything to base a decision on.

If we don’t, or won’t, empower people to make that decision then we at least need to repay their trust in us and do everything we can to reduce the environmental impact. This isn’t just good for the planet. The fundamentals of designing, building and writing a less environmentally impactful site will also mean better performance and experience for the people using it. It will also allow organisations to save money, as their spend at data centres will reduce as a result.

Catch up on our previous article in the series where we looked at the context of the impact of the digital industry. You can read our next instalment on measuring impact here. 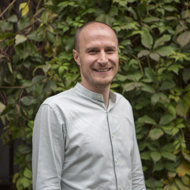