What do we want from our digital and technology leaders, and where can we find people with these skills?

Recently I've been thinking a lot about what organisations need from those who take up leadership roles in technology and digital. This is partly inspired by our new interview series on the subject, and also from my own experience working with clients on a range of different technology projects.

The first thing to note is that the most senior role for technology or ‘digital’ leadership is inconsistently defined: it can be the CTO, CIO, CDO, CDIO and many other permutations as the default ‘most senior’ position to do with data, networking, applications and devices.

Even so, these roles continue to evolve - what was required of yesterday’s leader is fundamentally different to what is required of those of today.

From keeping the lights on to full transformation

Once upon a time, these individuals ran a service for the business; a cost centre, to be kept in check. IT was considered a utility, and nobody in the business wanted or needed to know much about it. Their stuff needed just to work, and not cost too much.

The modern leader must still do all that, yet we now also call upon them to ‘transform’ the organisation at the same time, and, in many cases, take a place on the management team.

Arguably, being a classic CIO (looking after the cables and pipes with a team hidden in the basement) and being the CDIO (thinking about cloud and AI with teams in full view using shiny Macs) requires entirely different skills. If there is consensus on how to deal with this, it is to get an inspirational front person to take the lead and sell the vision to the users and the board and have a less high profile ‘doer’ to keep the lights on.

The leader has to help the board turn the organisation into a digital powerhouse. This requires transitioning away from legacy things that slow the business down (data centres, old apps, data silos...), and building trophy digital services — which often means co-designing entirely new services and revenue streams.

Even when this new role does receive a place on the board, it's not uncommon for other members to see it as a rebadged version of the traditional CIO — and still, a service to be delivered within 1-2% of turnover. With the exception of internet-era businesses (that is to say — new, and with revenue very overtly pinned to digital channels), this misunderstanding at board level is still prevalent.

With all that in mind, it's easy to see why finding a ‘good’ Digital Leader is fiendishly difficult.

Many are too techy (and so lose the board). Many are not techy enough (so lose the tech staff, and fail on tech based decisions). Many can’t balance risk against reward in new technologies. Many fail to convince the organisation to move forward. And, of course, everybody wants somebody who’s done it before with a portfolio flushed with success.

Although we would always argue for the place of digital and technology on the board, paradoxically, when these roles do transition across, the fiefdom they oversee can become weakened: there is no central authority on digital.

Arguably, it's the Chief Executive or Chief Financial Officer who is in the data governance seat at this level — not the CIO. And look at the implications… with a swipe of a company credit card, anyone from marketing, HR or sales can spin up a new digital thing to serve their needs — often without any permission from anybody in the digital or IT domain. Things are devolving fast — and that can cause problems.

In general, this role (really only 10 years old, and very new indeed as a board role) has become a bit like that of a CEO, in that good CEOs know they can’t do everything, and never try. So they have a manifesto: maybe five things, to get done in a three year stint. That's not a bad starting point for a digital leader.

If you manage to secure someone with these traits then that's pretty good going. They'll likely bring other skills and attributes into the mix too, which it's also important to recognise. We're all individuals, and sometimes hiring someone with a different perspective on things is just what an organisation needs.

The main thing is that they are empowered to do the job they were brought in to do — which, when we are talking about making significant changes to business culture — can be the most difficult part. 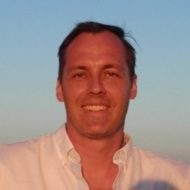