.NET was originally a proprietary developer platform on which you could build different types of applications. It has since become widely adopted, and today offers an incredible range of libraries and tooling.

The .NET framework is one of the most widely used server-side web application frameworks today. High performing, scalable and secure, .NET is at the forefront of modern software development.

This month, .NET 5 launched at .NET Conf 2020. This marks the final step in Microsoft’s cross platform transformation. It brings together the modern .NET Core and the mature .NET framework, along with its myriad of capabilities (and quirks). By no means a finished article, Microsoft has announced it will release a new version of the unified platform each November.

In this series of blogs, we are going to give a brief tour of the .NET ecosystem. Then we’ll dive in and examine some of the more popular content management systems (CMSs) which utilise the framework.

.NET was originally a proprietary developer platform on which you could build different types of applications. It has since become widely adopted, and today offers an incredible range of libraries and tooling.

Launched in 2002, .NET 1.0 is the oldest version of the platform. Initially built for Windows, the framework came bundled with ASP.NET. It allowed developers to build dynamic websites, applications and services. Various flavours of the framework were released over the next decade. For example, .NET Compact and Micro for resource limited devices.

Aside from the Mono project which targeted Linux based systems, running .NET on anything but a Windows computer remained some kind of strange fantasy. However, in light of the rise of cloud computing, Microsoft made the decision to join the growing open source revolution. The outcome was the release of .NET Core in 2016.

Some highlights of .NET Core:

Skip forward to 2020, and we have the launch of .NET 5. Essentially, Microsoft is rebranding .NET Core 3.1 into .NET and offering a uniform runtime behaviour across a broad range of components. Let's dive a little deeper into what this means and why you would select .NET for your development platform.

Bringing it all together

.NET 5 is designed so that whatever you’re working on, the code and project files look the same. You have the same access to the runtime, API and language offerings with each app. All the different variants of .NET (.NET Core/framework/Mono) are now combined into a unified package.

.NET 5 is a huge release. It includes updated versions of C#(9), ASP.NET and EF Core. It also marks a new direction for the framework, bringing together the old and new under one roof so there’s only one .NET going forward (phew!).

Reasons to choose .NET for development

So, why would we choose .NET when thinking about building a web application? For this example, let’s consider using the latest version of ASP.NET Core, which is included with the .NET 5 release, to build our web application or website:

So we’ve discussed the history of the framework and what it can offer us in general. Now let’s get a bit more specific and talk about CMSs built upon .NET.

The advantages of working with a CMS on top of such a rich, progressive framework are many.  And with the latest .NET 5 release and announcements from CMS providers showing adoption of the new versions, it’s clear that .NET has a very bright future.

A great example of how we have worked with .NET and Sitefinity would be the Royal British Legion website, and more recently Poppyscotland. 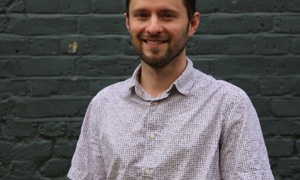 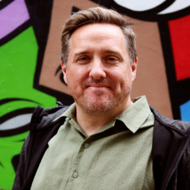