Why your developers should spend time at Umbraco's Codegarden

A review of the Umbraco Codegarden 2022 and why developers should attend in 2023.

With the next Umbraco annual event already lined up for 2023, this post reflects on 2022’s Codegarden conference in Odense, Denmark, and why it's such a useful community event to go to for Umbraco developers.

The conference is held over a week and is split up into two sections: The first is the partner summit, which showcases all of the latest features to business leaders about why Umbraco is a good choice for your customers. The second is the Tech summit, which takes a deep dive into upcoming features and how to implement them. Codegarden 2022 was a hybrid event, so anyone unable to attend could still gain access to all of the talks and events through a free ticket, via the official Umbraco Codegarden Mobile App and Website.

During the summit, Umbraco outlined their 5 year plan for the product and how they were expanding with their Digital Experience Platform. The evening closed with an inspirational speech from the Ex Danish Prime Minister, Lars Rasmussen, about the role we all play in technology. Then it was back to Umbraco’s new HQ in Odense for the pre-party and the start of the technical summit.

Codegarden is held at the DOK5000 convention centre, which is a short walk away from the new Umbraco HQ. Engineering Manager Pete Cooper and I were lucky enough to get stuck straight into three days of talks,  which ranged from the opening keynote speeches by Umbraco HQ to talks by other agencies on how they are best leveraging the platform.

The conference is split into three areas: The main stage, where key talks are held; The Barn and the Theatre with its intimate setting.

I tried my best to split my time between a good selection of talks, which I felt would be useful in building our customers' digital experiences. Here are the talks I attended:

There was so much excellent information over all of the talks, and it was hard to include all of them in this post, so here are my top 3 highlights:

On the last day of talks, Umbraco 10 was released as the next major version of the platform, which allowed Umbracians to experience the platform together for the first time.

Going forward all new versions of Umbraco will follow the same release cadence as Microsoft's .NET LTS, which means no breaking changes for at least 36 months during its life cycle.

With the release of the new version, there will also be two support phases.

At the event, Umbraco announced that you are now able to use the Umbraco CMS as part of a composable digital experience platform.

What is a DXP?

A Digital Experience Platform is a range of advanced features that may not normally be available with a standard CMS. These features usually include Digital Asset management, CRM, E-commerce, Personalization and A/B testing.

Why is is this important?

Giving developers this level of control over their solution allows them to scale applications where more of a heavier load is needed. For example, if you have heavy CRM usage, you only need to scale this service rather than the application as a whole.

The new DXP focuses on the principles of MACH architecture.

Having a modular approach to your system design allows for context-based and personalised experiences. Umbraco have offered a suite of extensions to some of the most used services that developers usually have to make their own integrations too. These can found on the Umbraco Github.

Umbraco Heartcore is out of the box headless functionality for the core product, so you can have a hybrid mode Umbraco project which could become headless in the future. Achievements are recognised from community contributions to the best Umbraco packages.

So why should your developers spend time at Umbraco code garden?

This week-long conference is a great investment in helping to build a deep knowledge base of Umbraco, with your development team connecting and collaborating with others in the community. It allows them to share best practices; see the product road map with all of the newest features and understand how to extend them using real life case studies.

It also has huge value when it comes to the speed of building new digital experiences for clients using the knowledge that has been gained from attending.

If you would like to find out more about our ongoing commitment to Umbraco or how we can work with you in the future, please get in touch with us at hellodx@tpximpact.com. 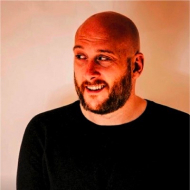