Skip to content
Back to Annual report and accounts 2022

The UK Software and IT Services industry

The UK Software and IT Services (SITS) industry continued to be strongly influenced by the effects of Covid-19, with spending on digital services increasing — particularly in Health and Central Government. That said, with the urgency of the pandemic behind us, organisations are moving from tactical spending to strategic investment, as they embed digital approaches for the long term.1

The war in Ukraine caused uncertainty for many SITS providers this year, however, our low-risk supply chain ensured this had minimal effects on our operations. Our team in Bulgaria has been working to help Ukrainian refugees, running donation campaigns and relocating families, and we are proud to support them during this time.

Spotlight on our sectors

The effects of Covid-19 in FY21/22 further exacerbated the need for innovative and disruptive technologies to transform internal and external Civil Service processes, as well as the way the government interacts with UK citizens.

This digital technology revolution is creating the greatest reform in governmental ways of working for generations. Policymakers are heavily focused on how data can drive efficiencies and gain new insights, moving away from legacy systems and historic manual ways of working to something new.

Merging the traditional ways of working for policymakers within the Civil Service towards an agile, data centric movement is a steep learning curve, but one that is being readily accepted by the government. “User experience” in particular is a key buzzword — with every department wanting to create user-centric processes.

We’ve seen this in our work with several organisations this year, including the Department for Education (DfE) which wanted to improve the way teachers access information to encourage and retain talent.

It’s widely understood that UK citizens expect government services to be as polished as those in the private sector, something that is being championed by the Parliamentary Secretary for the Cabinet Office, Heather Wheeler MP who has responsibility for digital Government and a desire to deliver world-class digital solutions for the UK Civil Service. Looking ahead, the introduction of the 2022 to 2025 Roadmap for Digital and Data sets out an ambitious transformation of digital public services.

This roadmap sets a path for widespread digital adoption to enable the Civil Service to offer value to the taxpayer through smarter ways of working, delivering a better service and championing the UK as a leader in digital transformation. 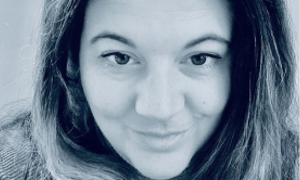 It’s been another challenging year for local government. The complexity of need that organisations deal with, and the systemic partnership approach required to tackle it, are not matched by the budgets available. The sector is still recovering from the financial shock of Covid, and the most recent funding settlement from central government, whilst representing a 4.6% real terms increase, has again only provided certainty for the following financial year.

This has done nothing to dampen the appetite for innovation in the sector, however, with significant change continuing to take place across a range of fields. On 1 July 2022, 42 integrated care systems will be established across England. This marks a significant change to governance, funding and commissioning at a local level. Through working closely with NHS colleagues, upper tier local authorities will play a key role in shaping the future of health and care at a local level. Through our work with North East Lincolnshire and Buckinghamshire, we have seen first hand the power and potential these new arrangements could have to improve outcomes for residents.

There is also a continued focus on devolution. County deals were announced earlier this year that give nine local areas the opportunity to set up Mayoral Combined authorities that are similar to those in Greater Manchester and the West Midlands. There is a real appetite for this change at a local level, but this is balanced out by a realisation that it means changes to ways of working, partnerships, governance and place leadership which will need working through.

Finally, the Levelling Up Bill brings forward changes that will touch on everything from community infrastructure, planning, and regeneration to climate and net zero.

From our work on the Towns Fund, we’ve seen first hand the appetite to drive economic opportunity and improved services at a local level, and we expect there to be a continued focus on this over the coming year. 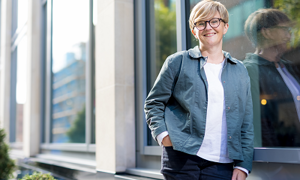 This has obviously been another difficult year for the Health and Care sector as it comes to terms with the effects of Covid on increased demand and the impact of Brexit and Covid on falling staff numbers. All of this only increases the need for the NHS and care providers to be able to unlock the power of digital transformation.

There are some significant movements in the landscape, which it is hoped will help accelerate the pace of change. This builds on the back of the behaviour change we saw throughout the pandemic that has drastically increased the number of people engaging with digital tools and virtual consultations.

We expect this to continue in the next financial year, particularly via the Integrated Care Systems (ICSs) created by the NHS in England. This new structure divides up the 55 million people living in England into 42 regional systems which the NHS hopes will help to join up care across settings and around a patient or service user’s needs.

The ICSs will be responsible for the vast majority of spending on technology enabled transformation and have accountability to deliver population health management platforms by 2025. This is really exciting for us as we have good experience and credentials in the NHS, in social care and in the third sector — all of whom will need to come together to form new governance structures, agree new ways of working and crack the problem of data sharing and designing location agnostic user experiences. To this end we have begun working with a number of fledgling ICSs to help them on this journey.

The other big shifts are the changes being implemented by the Government and NHS England in order to streamline the Arms Length Body landscape, particularly around technology transformation.

After almost three years, NHSx has now been dissolved and absorbed by NHS England and next year NHS Digital will go the same way — leading to more cohesive decision making in the digital space. However, as we know ourselves, changes like this require a lot of effort and attention so it is important that partners like us are able to continue to deliver the NHS’s strategic transformation aims.

The desire to transform and unlock the power of digital to help tackle increasing waiting lists and growing numbers of people with chronic conditions is obviously not confined to England. There are significant changes afoot in Wales too — where we are working to support Digital Health and Care Wales to transition from a Waterfall project approach to transformation to something more Agile and product centred. We’re also working towards similar goals in Scotland where we have been supporting the Scottish public sector to build its digital skills, knowledge and experience of digital ways of working. 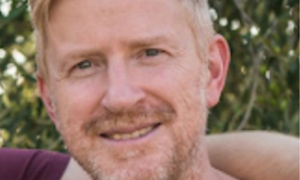 The role charities have to play within society has never been more vital. For the majority of the not for profit sector, March 2020 marked the beginning of one of the most challenging periods of their existence. By June 2020, one in ten UK charities faced imminent bankruptcy, whilst the sector as a whole estimated an income shortfall of £10bn — a fifth of its overall annual income8.

As charities navigated a constantly changing landscape, they saw challenges with raising vital funds, whilst demand for services increased — causing a huge imbalance in the resources required to meet people’s needs.

This continued into 2021 as we saw subsequent waves of the pandemic and an emerging cost of living crisis.

For healthcare charities, for example, the acute pressures on the NHS continue to create a harmful ripple effect. People with serious health issues are getting diagnosed later and having treatment delayed either due to the backlog or continued complications from Covid-19. As a result, rates of serious illness and deaths are increasing. In this context charities that provide services are literally a lifeline for so many.

According to the Charities Aid Foundation, the number of people giving to charity has dropped, with donation levels in 2021 below average9. However, whilst some charities have struggled, others have thrived, reacting to forced changes in traditional fundraising by doubling down on digital fundraising techniques. The nature of volunteering and connecting with local groups changed during the pandemic — technology powered meaningful connections for some audiences, while digital exclusion became a potential barrier for others.

Such unprecedented macro economic pressures have driven many charities to restructure. The ability to adapt quickly — in other words, to be agile — is now a key business differentiator. As we move further into a hybrid, part remote, part in person industry, plenty is still set to change.

We’re seeing organisations look to adapt where possible, to increase digital and technological maturity and set themselves up to be modern, responsive organisations. This way, they’ll be able to respond better to meet the needs of their audiences and users whilst navigating a fast changing external market. 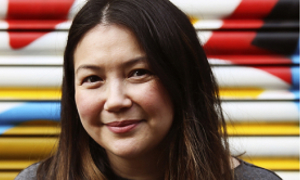 FY21/22 saw some of the greatest shifts in working practices and customer behaviours for the commercial markets in decades.

In Q1 and Q2 we were still living with heavy pandemic restrictions which changed the way people consumed services and purchased goods. This created a demand for digital skills like never before as organisations rapidly set up new digital channels to get their goods and services to clients over the internet or through new home delivery channels.

The gradual lifting of restrictions in Q3 and Q4 enabled organisations to return to physical contact with customers as people flooded back to all of the experiences they had missed such as holidays, dining out and socialising. However, the majority of digital channels remained as the physical reopened. This huge increase in digital operations and in turn the ability to track and monitor customer behaviour created a tidal wave of new data for organisations, many of which are not set up to receive, analyse and act on the answers this data can provide.

Consumer behaviour shifts also affected the data patterns that were used for many AI models. This disrupted the predictions these data and AI models were able to make as they were seeing drops and spikes in data (think footfall of physical stores) never seen before. These then needed to be adjusted to ensure future predictions were not skewed by what we hope is a once in a lifetime anomaly.

All of this led to a huge increase in demand for data analysis, scientists and engineers, at a time when the UK has a national shortage of skills in these fields. Today and in the future, those positioned to provide quality people in this area will flourish. We have recently invested in setting up our technical academy to ensure we have a stable long-term talent pipeline of quality engineers and analysts. 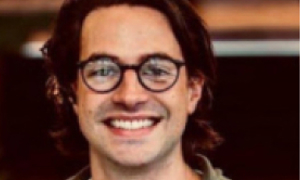