Skip to content
Back to Annual report and accounts 2022

Leigh Hunter, TPXimpact Head of Mergers & Acquisitions, shares about three recent acquisitions and our plans to integrate them.

I joined the TPXimpact team in September 2021 to help drive the M&A agenda to deliver the 2025 Commercial Vision — it certainly has been an exciting journey so far with three deals completed in the first six months!

Prior to joining TPXimpact, I was working on various mid market sell side and buy side transactions across the business services sector. I have been able to bring all of this experience to TPX with the aim of enhancing our M&A programme and strategy.

Since I joined the team, we have successfully completed three acquisitions and are in the process of refining our plans for the integration of these businesses. I look forward to leading TPXimpact’s M&A activity forward toward our 2025 Commercial vision and am excited about what the future holds for the business.

Since IPO in December 2018, TPXimpact has completed 16 acquisitions. During FY22 we acquired two companies, Nudge Digital and RedCortex. Post period, we announced the acquisition of Peak Indicators and Swirrl IT which completed in early April 2022.

Acquisitions during the past year

The acquisition was strategically important to us as it strengthened our overall position in healthcare and, importantly, provided an entry into the pharmaceutical industry at a time when the NHS is looking at precision medicine, risk stratification and data driven personalised care plans for patients.

The majority of the Nudge staff and projects have now been integrated into our DX division.

TPXimpact acquired Cardiff based RedCortex in December 2021. Founded in 2016, RedCortex is a leading technology services supplier to the Welsh Public Sector, particularly focused on healthcare and transport alongside Government and local authority projects in the region. Clients include NHS Wales, the Welsh Government and Transport for Wales.

Not only has RedCortex strengthened TPXimpact’s existing foothold in the Welsh Public Sector, but it also continues to build on TPXimpact’s operational momentum to create regional hubs across the UK. The addition of RedCortex also extended TPXimpact’s Microsoft stack capabilities with RedCortex being a Gold Partner across multiple disciplines which further advances its ability to perform partnership programmes with Microsoft of significant value. Additionally, RedCortex added an established apprenticeship programme to TPXimpact’s long term staffing strategy, taking school leavers from South Wales and turning them into digital professionals.

Shortly following completion of the transaction, RedCortex won a contract with Digital Health and Care Wales (DHCW) for Microsoft 365 and Cloud Services, an OJEU compliant tender, with significant competition from many large ICT integrators. TPXimpact was one of two organisations running head to head in the final selection, and RedCortex’s track record of reliable quality delivery to high profile public sector contracts shone through. RedCortex has also increased its reach across the Health and Central Government sectors by recently winning a contract to spearhead an all Wales infrastructure review and alignment programme.

"At the time of acquisition, we probably had the same nervousness as others who had gone through the process, about what the future held and how our organisation would integrate whilst still remaining true to the principles behind its origin. We needn’t have worried. Martin and I have found the discussions we held during the M&A process have come to fruition, we have been fully supported in our integration and have sustained our values and identity." - Martyn Matthews, Co-founder, RedCortex.

Prior to year end, TPXimpact announced the acquisition of Chesterfield based Peak Indicators, a data science services and analytics consultancy, and Stirling based Swirrl, a cloud based open data consultancy specialist. Both acquisitions were completed in early April 2022. These acquisitions were strategically important to TPXimpact, significantly expanding the Group’s capabilities in artificial intelligence (AI), data science and analytics. Together they will form TPXimpact’s Data & Insights capability, opening a new market opportunity that the Company has so far addressed by working with associates. With 65 full time staff members, this new capability will be positioned to assist clients across TPXimpact’s target sectors in gaining stronger insights to aid their decision making.

"The reason we started conversations with TPXimpact was the shared values, ethos and vision that business can be a force for good. Now on the inside, we can see they most definitely walk the talk and we are excited and proud to be a part of the next step of that journey as TPXimpact’s Data & Insights team. One of the key objectives for joining the TPXimpact family was to enable our customers to have access to a broader set of high quality like minded technical resources. We have already placed TPXimpact resources on our projects to expand our customer footprint and we have worked closely with TPXimpact’s Growth teams to win more deals using our knowledge and experience in the Data & Insights space. Since the acquisition, our opportunity pipeline has grown significantly and our performance has exceeded our forecast." - Andy Ball, Co-founder, Peak Indicators.

We have been working on developing an integration blueprint, recognising that integration will look different for different businesses and capabilities going forward. The blueprint sets out the following priorities:

M&A will continue to play a significant role in helping to achieve our 2025 goal of £200m run rate revenue. Our M&A activity will focus on adding new sectors and services and bolstering the existing capability of our integrated operations.

Capability focus areas will be:

We have a strong M&A pipeline and we anticipate that a number of earnings enhancing acquisitions will be completed in the year to balance organic growth with acquisitive growth.

Our continuing success has enabled our HSBC revolving credit facility to be extended in this period from £20m to £30m, of which £11m remains undrawn leaving us in a strong position to fund future acquisitions whilst maintaining leverage at sensible levels below 1.5x EBITDA. 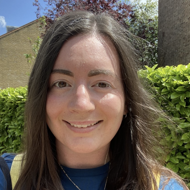